Turret laboratory is a single player tower defense game where the player uses three different turrets to defend against incoming zombies. The level features
By constraint of the project, this level can only have three different kinds of enemies. The combination of Zombie, Zombine and Fast Zombie provide sufficient complexity for six waves. Each custom turret has its own strength: The crossbow turret does low damage with rapid shot speed, the rocket turret does medium damage and small radius explosion, and the laser turret does high damage with slow shot speed.

The player finds these turrets in a laboratory and encounters zombies in a warehouse. All zombies spawn on the balcony and go downstairs to kill the player except fast zombies. They jump off balcony and are able to overcome most barriers in the warehouse to come toward player directly. 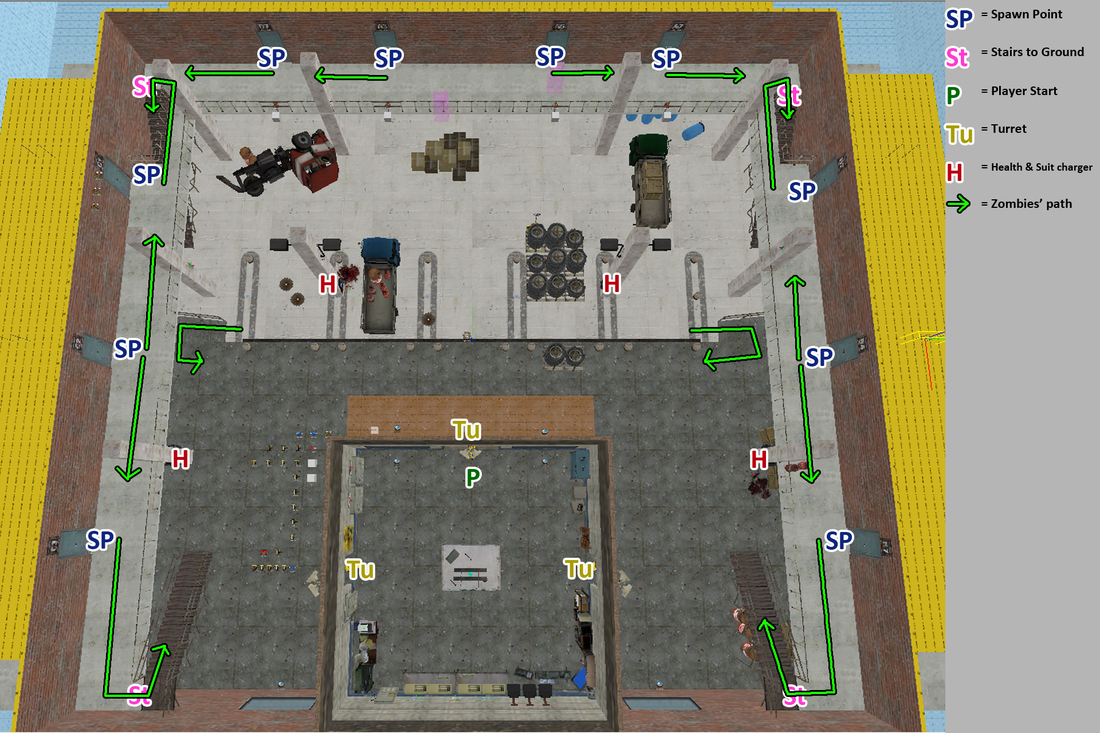 During the early stages of development, there were no stairs to the ground area. Zombies broke railings and jumped from the balcony to give players a thrill. I added stairs to let zombies have more paths to choose and to force players to move around the whole space. This change also makes fast zombie stand out from the others because they can jump from the balcony. 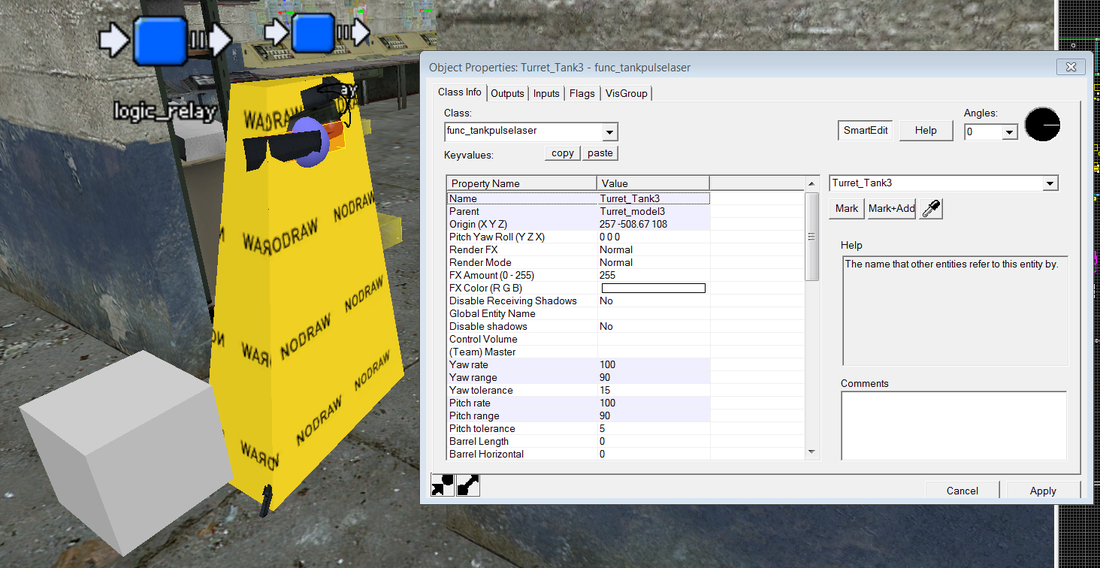 I used func_tankrocket, func_tankpulselaser and func_tank to make my customized turrets. I attached these entities and func_physbox on turret models so the player can grab them as usual. I also used phys_keepupright on turrets to make turrets more stable instead falls on the ground all the time. By doing this, player can totally focus on their strategy and movement without worrying to much about turrets.
At the beginning of development, I used ai_relationship to make my turrets attack at zombies but this method was unreliable. Sometimes turrets can't find the right target to shoot even a zombie stands in front of them. To fix this, all zombies are renamed to "monster" when they spawned to let turrets always recognize their targets.